Lakers Rumors: Greg Monroe wants out of Detroit, to Lakers in sign-and-trade? 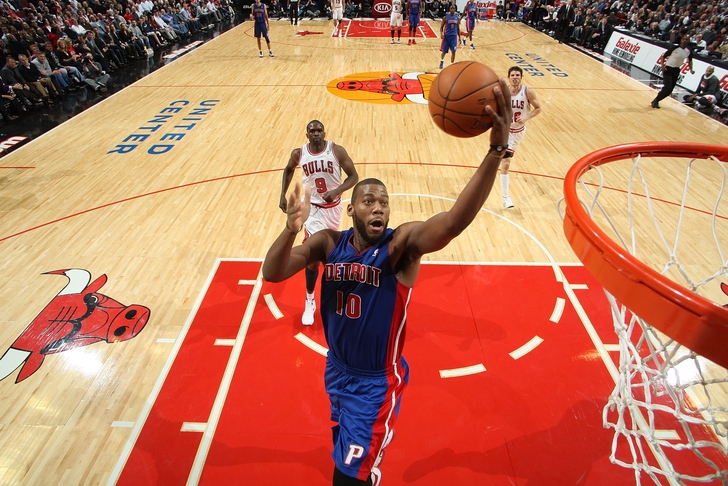 In this Lakers rumors and news update, the Los Angeles Lakers could have a legitimate chance at landing one of the league's young rising stars via sign-and-trade.

Greg Monroe, Detroit has tried to help him with some sign-and-trade possibilities around the league. Monroe doesn’t really have a great interest in going back and playing with the Pistons. But if they’re going to move him in a sign and trade, they’ve got to get value for him. And they’ve got to get back some significant players, some significant talent, to compensate for that loss. They haven’t been able to find a deal for him.

Wojnarowski adds that the Atlanta Hawks, Phoenix Suns, and Portland Trail Blazers have expressed interest, but the Los Angeles Lakers could also present an intriguing fit if the Lakers are willing to part with the assets necessary to acquire him.

Monroe is angling for a max extension, and could very well be using a purported lack of interest in returning to the Pistons as leverage in negotiations. However, despite a logjam at power forward, the Lakers might be willing to put together a tantalizing package in order to slot Monroe in for years to come - especially with Carlos Boozer's contract expiring next summer.

If general manager Mitch Kupchak is looking to make a splashy move sooner rather than later, don't be surprised if the Lakers emerge as contenders if the Pistons decide that moving Monroe is the only option.