Lakers Rumors: Evan Turner trade to the Lakers was a very real possibility 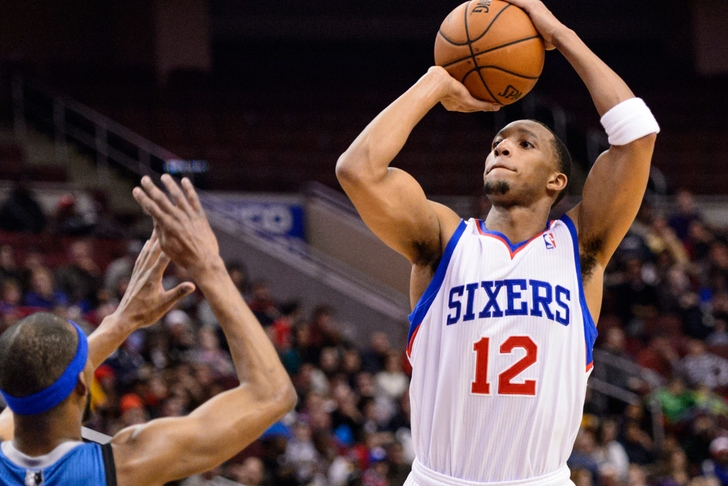 In Lakers rumors today, word has come out that the LA Lakers and Philadelphia 76ers came close to swinging a deal that would have altered the entire complexion of the 2014 NBA trade deadline.

"Sources confirm to Liberty Ballers that the Sixers and the Los Angeles Lakers were in discussions for the former 2nd overall pick, and were looking for a third team to help facilitate the deal. The Lakers would have acquired Turner and multiple second round picks. Philadelphia would have received Chris Kaman, an expiring contract."

It is unclear whether the snag came in finding a suitable third team to figure out the numbers, or whether the Philadelphia 76ers found what they viewed as a better trade partner in the Indiana Pacers.

Acquiring Evan Turner could have potentially painted the LA Lakers current situation in an entirely different light, acquiring a young guard with superstar potential before his prime.

However, the LA Lakers must remain content for now with the acquisition of young reserve guards MarShon Brooks and Kent Bazemore, acquired from the Golden State Warriors for Steve Blake on Wednesday night.

Get your Lakers rumors from the source. Follow our Lakers team page today.