Lakers Rumors: Evan Turner, Spencer Hawes could be trade targets for the Lakers 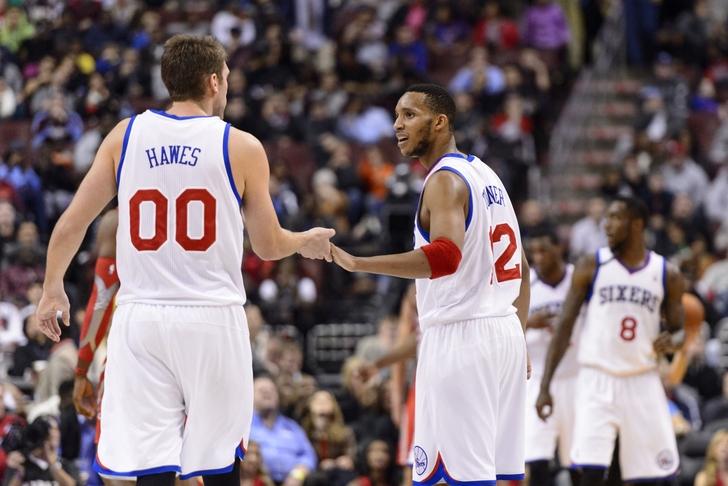 Lakers rumors are only going to amplify as a trade deadline approaches on February 15th, and it looks like the Lakers may be buyers rather than sellers.

In regards to tanking in order to increase their lottery odds in the stacked 2014 NBA Draft, Mitch Kupchak has gone on the record to state that "it's never happened here and it never will." This, along with the forthcoming return of Kobe Bryant has led to speculation that the Los Angeles Lakers could conceivably attempt to add a piece or two before the deadline.

According to several NBA analysts, the Philadelphia 76ers could be the trade partner which the Lakers are looking for. Evan Turner and Spencer Hawes are two names which continue to cross analysts' lips as potential fits for the Lakers, with or without Pau Gasol.

Evan Turner is averaging a career-high 18.3 points for the 76ers. Spencer Hawes is averaging close to a double-double at 14.1 points and 8.9 rebounds per game. Each are young talents with very good upside which could be of immediate help to a Lakers' squad in search of offensive punch.

Get the latest Lakers rumors and news first at our Lakers' team page.