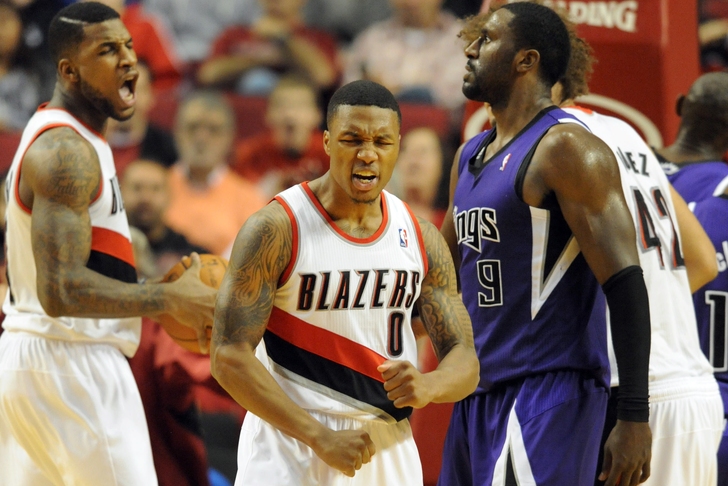 Let's break the internet with some Lakers rumors and conjecture: Portland second-year superstar Damian Lillard seems to be infatuated with the bright lights of Los Angeles, and tweeted as much earlier today--

A couple of Lakers insiders almost instantaneously retweeted this cryptic tribute to the City of Angels, spiking Lakers fans into a Twitter recruiting effort for the services of the Portland Trail Blazers 23-year-old point guard. Damian Lillard, as early as nine months ago, made his feelings very clear about where he stood in regards to joining the Lakers come free agency in 2016--

Now, this latest tweet could very well just be a trolling attempt by Lillard, or even a coy "what's up" to Chris Paul, Blake Griffin, and the other team inhabiting the Staples Center--the Los Angeles Clippers.

Damian Lillard grew up just up the coast in Oakland, CA, adding further possible fuel that California is where the Portland superstar would like the prime of his career to take place.

Either way a tweet is just a tweet. However, even without any substantiation, it still gives loyal Lakers fans struggling through one of the worst LA Lakers seasons in memory some hope, albeit cryptic hope, for the future.