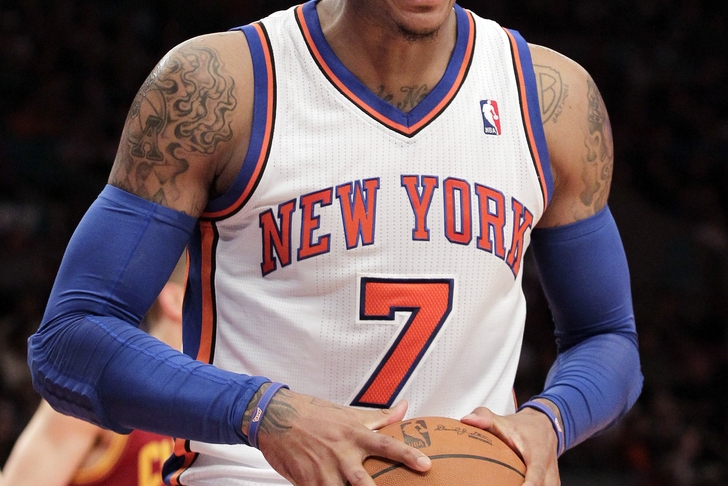 Here's a bit of optimistic Lakers rumors to help soften the blow of the LA Lakers' 108-103 road loss tonight at the hands of the Memphis Grizzlies--there is a faint glimmer of hope that one of the two biggest names in the 2014 NBA free agent pool could wear LA Lakers' purple and gold after all.

According to Sam Amico of Fox Sports, the LA Lakers are still a possible landing spot for New York Knicks free agent-to-be Carmelo Anthony, especially if the situation in New York proves tiresome for Anthony at season's end--

"New York is said to be Anthony’s top priority, with the Los Angeles Lakers supposedly in the running. Although, according to one GM, it’s hard to know if the Lakers are a real possibility or just wishful thinking on fan message boards."

One of the biggest and most publicized sticking points that could impede a potential Carmelo Anthony signing with the LA Lakers is the ability of the New York Knicks to offer Anthony a fifth year on a max contract.

If Carmelo Anthony were to opt out of his contract to join the LA Lakers, the Lakers would be limited to signing him to a 4-year, $95.9 million deal.

This would force Carmelo Anthony to most likely leave over $33 million on the table, if the New York Knicks were to use their home team advantage to offer Anthony a 5-year, $129.1 million max contract.

If it's Lakers rumors you want, then Chat Sports is the place. Follow our Lakers team page today.