Lakers Rumors: Byron Scott Expects Tarik Black To Be Back In 2015-16 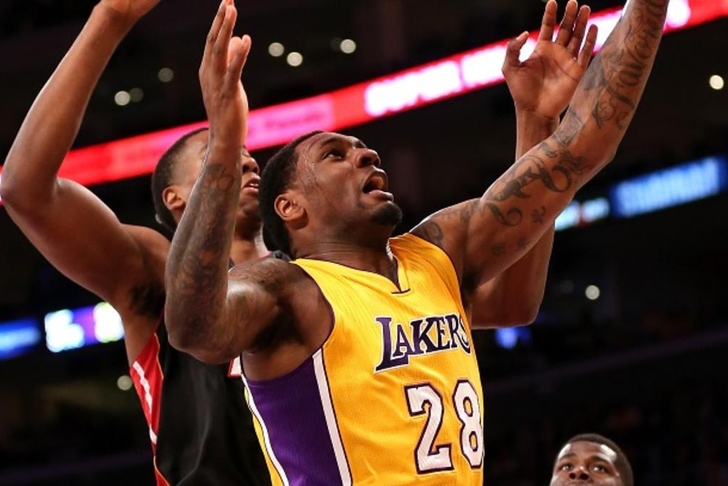 Los Angeles Lakers big man Tarik Black has a non-guaranteed contract for the 2015-16 NBA season, but it appears head coach Byron Scott is planning for the emerging frontcourt contributor to back in Lakers purple and gold when things tip off next season.

"We get another year to look at him,” Lakers coach Byron Scott said, via Mark Medina of the Los Angeles Daily News, “and see what he’s got and go from there.”

In the month of April, Black has been a huge asset for the Lakers -- posting 12 points and six rebounds while shooting an impressive 72 percent from the field. Black hopes that's enough to warrant a return engagement with the team in 2015-16.

"I would like to believe they would like to keep me. But going into the summer, you never know what will happen,” Black said recently. “Either way, I’ve been blessed with the opportunity and have been very fortunate with guys having my back 100 percent and carrying me along the way. That’s what I’m going to keep hanging my hat on."