Lakers Rumors: Are the Lakers "secretly interested" in Chris Bosh? 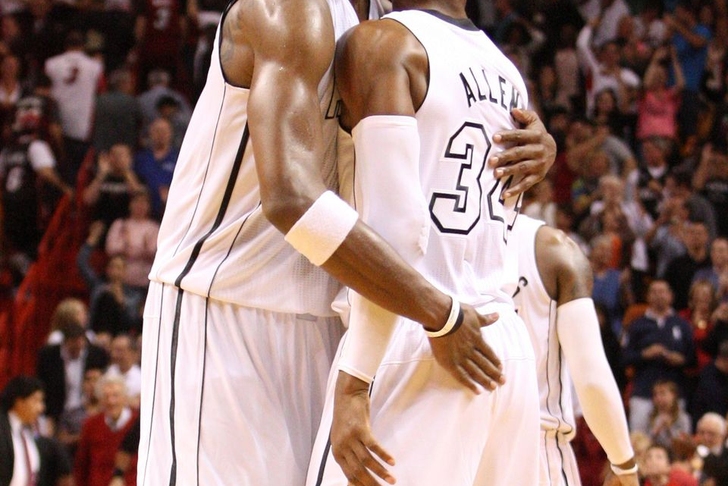 Monday's Lakers rumors are determined to go out with a bang, as it looks as if the LA Lakers could be targeting one of the Miami Heat's vaunted "Big Three" during the offseason--and not the player most fans would initially think.

“It seems most GMs feel Bosh (and not Anthony) is the second biggest potential prize on the upcoming market. But if James goes back to the Heat, Bosh will, too. If not, the Lakers are secretly interested, sources said.”

Whether this "secret interest" has any bearing on future plans for Pau Gasol remains to be seen, but this will definitely add an intriguing layer to the Lakers rumors surrounding general manager Mitch Kupchak's future-forward vision for 2014-15 and beyond.

Chris Bosh is averaging 17.1 points and 6.8 rebounds this season for the two-time defending NBA Champion Miami Heat this season. His 56.8% field goal percentage on 2-point shot attempts is the best of his 11-year career.