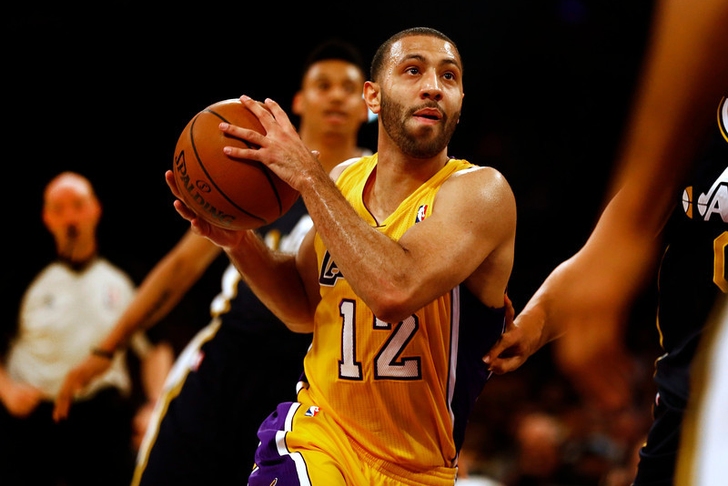 Lakers PG Kendall Marshall (@KButter5) is quietly playing very solid basketball amid the chaos in Los Angeles, and his latest tweets prove that despite his team's struggles, his sense of humor is fully intact:

On whether Kobe's reached out to him:

sorta, his water was on the other side of me. --- RT @TopGunRandy: @KButter5 has Kobe reached out to you?

How many of y'all gonna be honest and tell ya kids you met mommy on twitter? — Kendall Marshall (@KButter5) January 25, 2014

On who'd win a dunk contest between himself, Steve Blake and Steve Nash:

Lakers Rumors: Lakers would pursue LeBron, no other max player this offseason