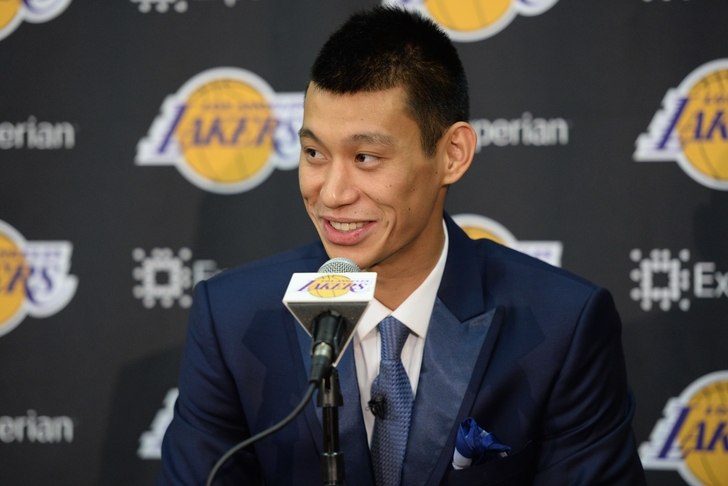 When it became clear that the Los Angeles Lakers would lose out on the Carmelo Anthony sweepstakes this offseason, general manager Mitch Kupchak worked fast and furious to put together a viable alternative plan for the team heading into the 2014-15 NBA season.

Part of that plan involved the Lakers' trade for Houston Rockets point guard Jeremy Lin. Lin had lost his starting spot with the Rockets to Patrick Beverley, making the deal a win-win situation for the focus of the former "Linsanity" movement.

In an interview with TWC SportsNet for their "Connected With..." series (via Lakers Nation), Lin talked about his relationship with the oft-maligned Dwight Howard before he left Houston, along with his current working relationship with Kobe Bryant:

“People might not like me for saying it, but Dwight was tremendous to me, very nice to me, great heart, very generous. My relationship with Kobe has been different….When I signed, right from the start he was trying to get me to work out with him and then he’s been teaching me and teaching me….At this stage in his career, he’s definitely been taking me under his wing and really just trying to teach me as much as he can."

Despite the obvious bad blood that surfaced between former teammates Kobe Bryant and Dwight Howard during Tuesday's season opener, Lin has nothing but good things to say about the effect both men have had on his NBA career.