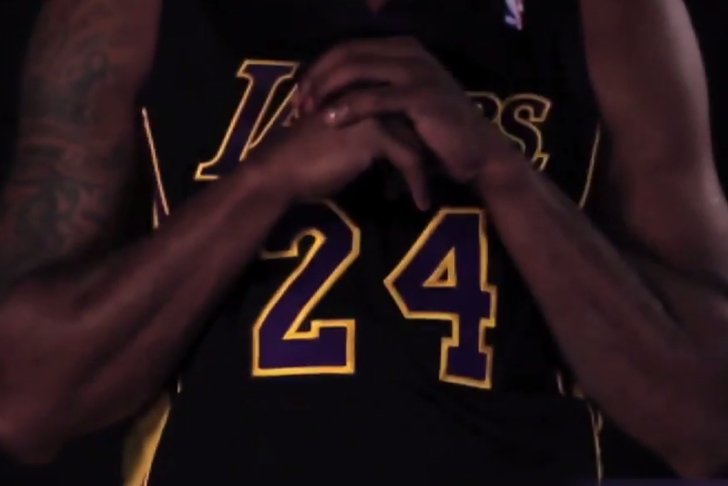 In Lakers news tonight, the Golden State Warriors had a wardrobe malfunction in advance of Friday's game at the Staples Center against the Los Angeles Lakers.

Per Lakers.com reporter Mike Trudell, the Los Angeles Lakers were forced to shelve their alternate "Hollywood Nights" jerseys, scheduled to be worn for the night, due to a mistake on the Golden State Warriors' equipment staff's part --

The Warriors mistakenly brought the wrong uniforms (blue). LAL had to go gold. RT @Beeshoy: what happened to the Hollywood nights jerseys!??

The Warriors were supposed to bring their white jerseys, in order to maintatin the traditional light jerseys vs. dark jerseys motif that the NBA institutes mostly for the benefit of television viewers.

The Los Angeles Lakers' "Hollywood Nights" jerseys have been popular sellers for the team from a merchandising standpoint. The team wears them on select home dates scheduled in advance, informing the road team coming in on that night to bring their light jerseys.