Lakers News: Steve Nash's back injury is "hardest thing" of his career 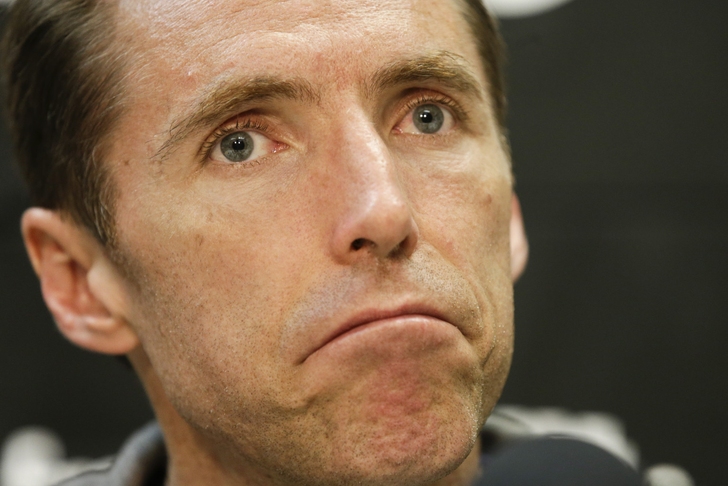 As Lakers news reports point to next Tuesday's game against the Minnesota Timberwolves as a potential return date for Los Angeles Lakers' future Hall of Famer Steve Nash, Nash opened up to reporters today about the struggles he has dealt with in regard to his recent back injury.

Lakers Nation reporter Serena Winters asked the 18-year veteran on Thursday about his rehabilitation process since sustaining a nerve root irritation in his back two-and-a-half months ago, and Nash made it very clear how hard it has been on him--

"Steve Nash said what he's going through right now, is the "hardest thing" he's ever had to deal with in his entire career."

Lakers rumors has been swirling about whether or not Steve Nash would even be able to play again this season, with multiple trade rumors popping up in relation to possible replacements for the two-time NBA MVP. However, it seems as if Nash will be ready to go sooner rather than later, and it couldn't come soon enough.

Steve Nash has appeared in only six games this season, yet if he can come back anywhere close to his normal self, he would be a huge addition to a Lakers' offense which has been extremely inconsistent due to both injuries and lack of depth at key positions.

Get your Lakers news here first at Chat Sports. Make sure to follow our Lakers team page.