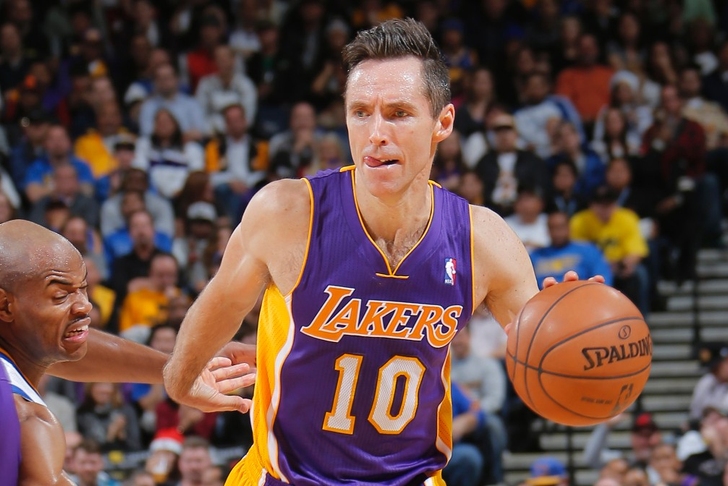 Although Steve Nash's playing days with the Los Angeles Lakers are officially over after his retirement, that doesn't mean he's not willing to lend a helping hand to the team if they need it.

In fact, per Eric Pincus of the Los Angeles Times, Nash says he's willing to play recruiter for the Lakers this summer during free agency if he's asked.

Per Pincus, "Nash noted that he's open to help the Lakers in July, or next July, if needed to recruit FA, if the team so desires."

The Lakers aren't like to mind the assist from Steve Nash, especially after the team failed to woo any marquee free agents to Hollywood during last year's free agency melee.

Exactly who they'd ask him to recruit (and/or if such help would lead to an official position of sorts) is still up for interpretation.