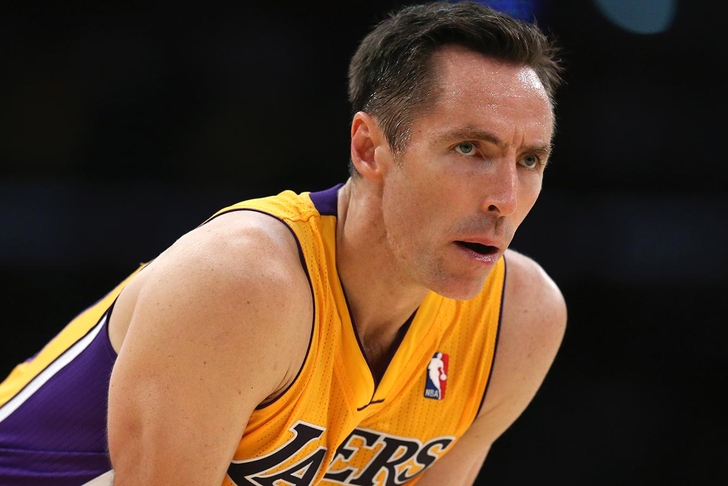 Steve Nash has struggled with a number of injuries since joining the Lakers in 2012, and another minor ailment will likely keep him out of Thursday's preseason game against the Utah Jazz.

According to Mike Bresnahan of the Los Angeles Times, the veteran PG hurt his back carrying bags and did not practice Wednesday. Nash has been dealing with back issues for almost his entire time in Los Angeles, and recently sat out with related nerve damage.

Lakers HC Byron Scott reportedly intends to start Jeremy Lin at point guard to start the season, and the team currently has several players who can fill in for Nash in the interim. Veteran Ronnie Price will likely see some minutes, and the Lakers may decide to use 2nd-round pick Jordan Clarkson at PG as well. Undrafted rookie point guard Keith Appling is another option, but Appling is still considered a long-shot to make LA's final roster.