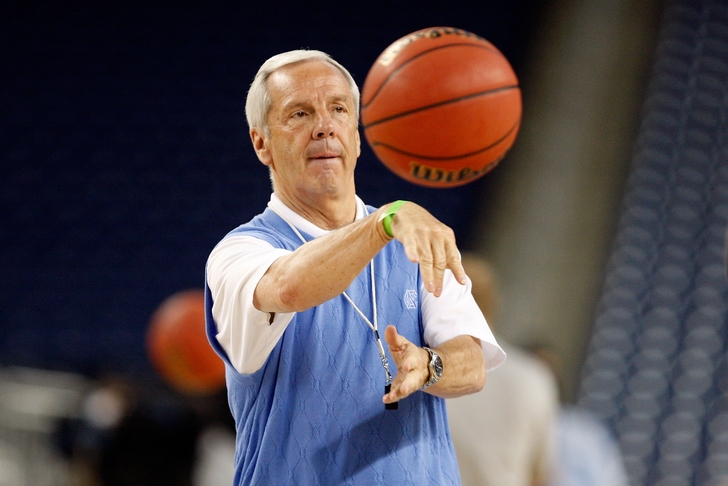 According to Mike Bresnahan of the Los Angeles Times, the Lakers will contact Williams at some point during their extensive coaching search over the next several weeks:

Another name to add to the Lakers' list of coaching candidates: North Carolina's Roy Williams. They plan on talking to him...eventually.

Bresnahan also reminds us that Williams has been linked to a potential coaching job with the Lakers before, just a short decade or so ago:

Roy Williams declined to discuss the Lakers' job in 2004, one year after he left Kansas for UNC. Still a slow timetable for Lakers' search. — Mike Bresnahan (@Mike_Bresnahan) May 5, 2014