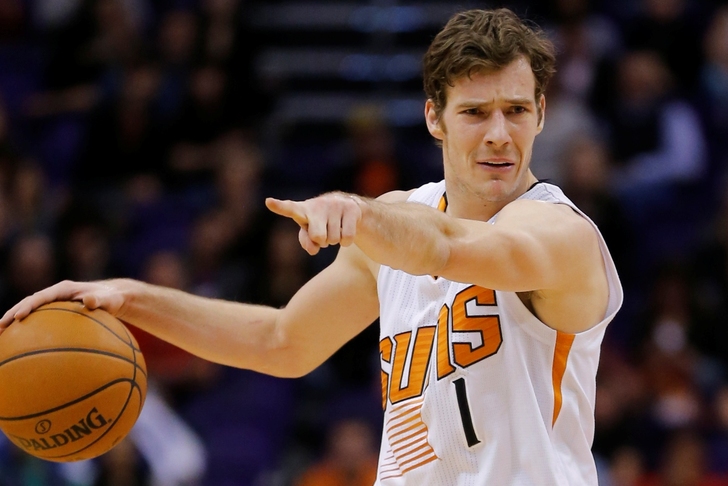 The Los Angeles Lakers have been linked to Phoenix Suns guard Goran Dragic for some time, with multiple reports indicating the franchise's interest in bringing the potential franchise cornerstone into the fold.

However, per Gery Woelfel of the Racine Journal Times, the cost for Dragic may be too much for the Lakers to bear before the February 19th trade deadline:

Hearing Suns want a first-rounder for Goran Dragic and, rest assured, they'll get it. Rockets got to be tempted.

Dragic has a player option for $7.5 million in 2015-16, and many expect for him to forgo that option and look for a bigger deal on the free market in July.

With the threat of renting Dragic for the remainder of a lost season and losing a first-round draft pick looming over a potential trade, expect the Lakers to sit these trade talks out barring some assurance that he'd remain in Los Angeles for the long haul.