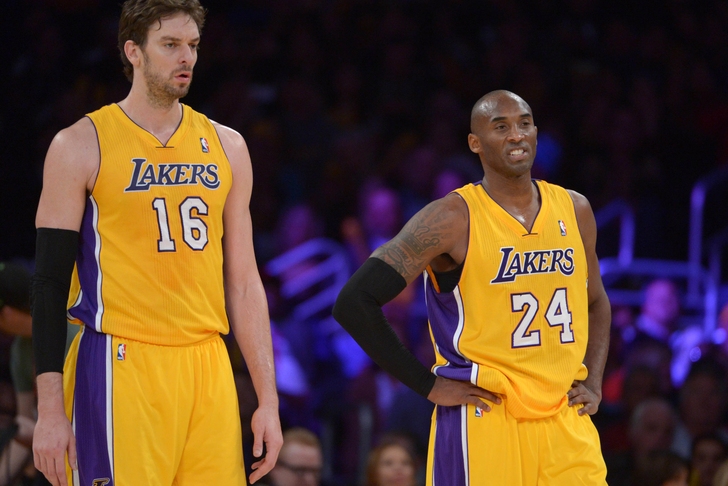 In this Lakers news update, former Los Angeles Lakers big man Pau Gasol had a tough time  informing Kobe Bryant of his decision to leave to Chicago via free agency.

According to the Chicago Bulls' official Twitter account, the long-time teammates' connection will still survive long after Gasol's decision to move to the Windy City:

Gasol said letting Kobe Bryant know he was leaving was difficult. "We'll always have a friendship. But he was very supportive & understood."

Gasol and Bryant's partnership lasted seven seasons and included three NBA Finals appearances and two NBA championships. Just like any working relationship, the duo experienced their share of turbulence. However, the pairing will go down as one of the more productive and successful twosomes in franchise history.

The 34-year-old Gasol endured a bevy of trade rumors throughout the course of last season, along with the stress of both injuries and carrying the load in Kobe's absence. In the end, Gasol decided that a change in scenery was the right course - a choice that Kobe Bryant seems to be at least supportive of.