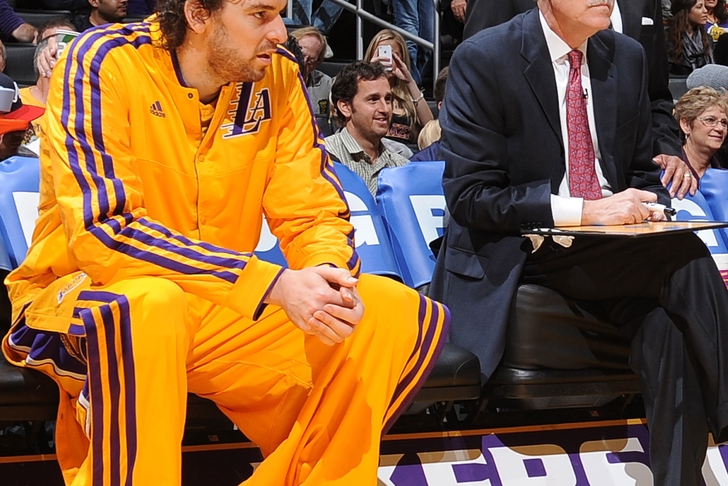 In Lakers news today, Los Angeles superstar Pau Gasol has added a bit more fuel to the rumors that he will be dealt prior to the February 15th NBA trade deadline.

During an interview recently with Kevin Ding of Bleacher Report, Pau Gasol spoke about the style of play he prefers, and it doesn't quite match up with Lakers' coach Mike D'Antoni's way of doing things--

"I’ve always been more of a fan of two bigs that can dominate the paint, can pound teams and take advantage of their size if you do have it. If you don’t have it, then you do whatever you can."

Without players like Andrew Bynum and Lamar Odom to play alongside him, and with the Lakers' roster beset by injuries, Gasol has been uncomfortable playing the small ball style preferred by coach D'Antoni. Players like Robert Sacre and Jordan Hill are doing their best to give Gasol a primary big man option to play off of, but they are limited compared to what the four-time All Star is capable of.

Your place for Lakers news and rumors is right here at Chat Sports. Follow our Lakers team page.