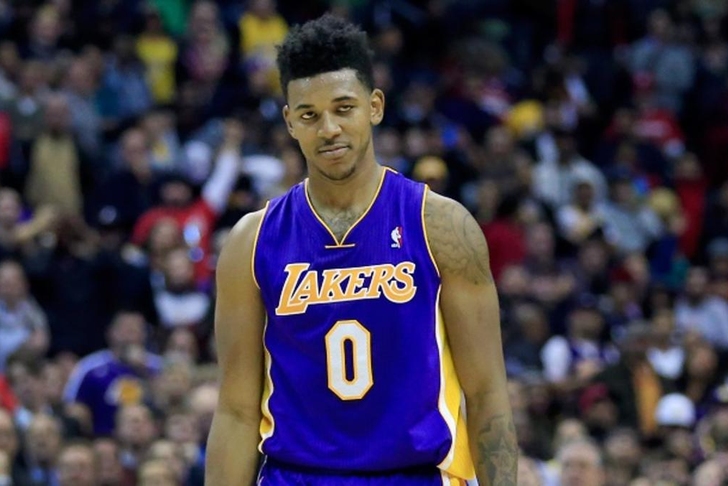 Nick Young was the most vocal Laker after Kobe Bryant's injury, telling fans and media that he's ready to step up in Kobe's absence. In the Lakers' first game since Bryant was officially ruled out for the year, Young won't get that chance.

Young hurt his ankle in a Lakers practice earlier in the week, and while it isn't as serious as first feared - there were early reports it was a sprain that could keep him out for up to 3-4 weeks - it won't let him play against the Washington Wizards on Tuesday night.

Young actually has personal beef with the Wizards, and said earlier in the season they're the only NBA team he 'hates'. Young was drafted by Washington in 2007, and played there until 2011, when he was traded to the Los Angeles Clippers. Young was reportedly in talks with the Wizards about a contract extension, but the two sides ended up millions of dollars apart, leading to an exit that was apparently more bitter than we knew at the time.

Young is the Lakers' second-leading scorer this season, trailing only Kobe Bryant with 14.1 ppg. While Young's role is likely to increase with Bryant out, Byron Scott will have to keep a close eye on his shooting percentage. Like Bryant, Young is shooting the lowest percentage of his entire career this season (.373).