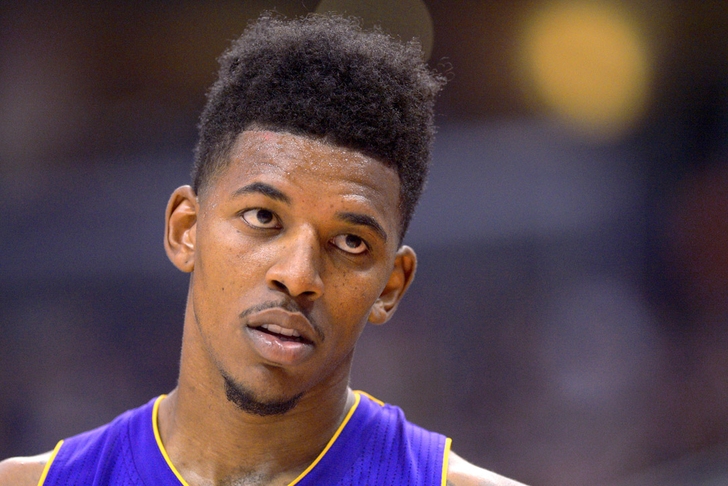 The struggling Lakers can't afford to lose any of their key players right now, but they might have to play the Orlando Magic on Friday without their #2 scorer.

Nick Young hurt his knee in Wednesday's loss to the Clippers, and while he doesn't think it's serious, it still kept him out of Thursday's practice and left his status for Friday up in the air. Young believes it's just a sprain and says he'll play Friday, per Mike Bresnahan of the L.A. Times, but the team has sent him to a doctor to get it evaluated.

In other news, Kobe Bryant was given the day off from practice to rest - he played 28 minutes against the Clippers, but never looked like himself, shooting 2/12 and finishing with more turnovers (6) than points (4). Ronnie Price, who suffered a broken nose against the Blazers on Monday, returned to practice Thursday and is officially listed as day-to-day.

The Lakers (11-25) will host the Magic (13-25) Friday in the first matchup of a four-game homestand at the Staples Center. Portland comes to town Sunday, followed by Miami on Tuesday, and the Lakers will play a nationally-televised game against the Cleveland Cavaliers on TNT next Thursday.