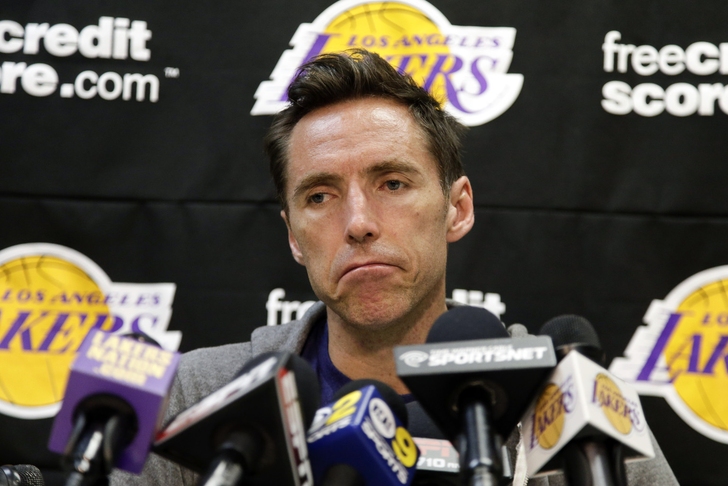 Tonight's edition of Lakers news may not come as too much of a surprise during a Los Angeles Lakers season chock full of injuries to key players.

Per Dave McMenamin of ESPN.com, future Hall-of-Famer Steve Nash and center Chris Kaman are both out tonight against the Utah Jazz:

Steve Nash has appeared in just fifteen games all season for the Los Angeles Lakers, suffering through nerve irritation in his surgically-repaired leg all season long. Many analysts are convinced that this is the end of the line for Steve Nash as an NBA player, with a potential retirement coming soon after the 2013-14 NBA season is finished.

Chris Kaman has been battling with a calf issue for the better part of two weeks, and will likely be shut down for precautionary reasons for the remainder of the regular season.

Your Lakers news whenever and wherever you want it. Download our new Chat Sports iPhone app, and follow our Lakers team page today.