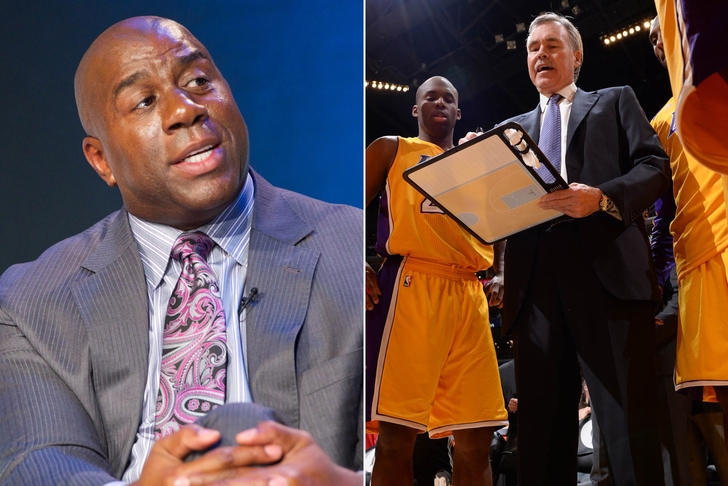 In Lakers news today, it seems that Los Angeles Lakers' coach Mike D'Antoni is attempting to take the high road when it comes to legendary Hall of Famer Magic Johnson's recent criticism of his coaching style.

According to Shahan Ahmed of NBCSports.com, Mike D'Antoni was asked in an interview today about "comments Magic Johnson made on the The Tonight Show with Jay Leno, accusing D’Antoni of not teaching defense and not being a championship-level coach."

Coach D'Antoni responded with "next subject," and according to Ahmed, proceeded to laugh off the question.

Magic Johnson has been no stranger to criticizing the Lakers' franchise this year, taking to Twitter on occasion to voice his displeasure with what he perceives to be a lack of effort and focus at times with the Los Angeles Lakers as they struggle through what looks to be a lottery-bound year.

It is only recently that Johnson's frustration has been pointed directly at Lakers' coach Mike D'Antoni, making it clear on the Tonight Show on Tuesday that he felt the Lakers' move to sign D'Antoni over legendary coach Phil Jackson was a "critical mistake."

You want Lakers news? You got it. Make sure to follow our Lakers' team page.