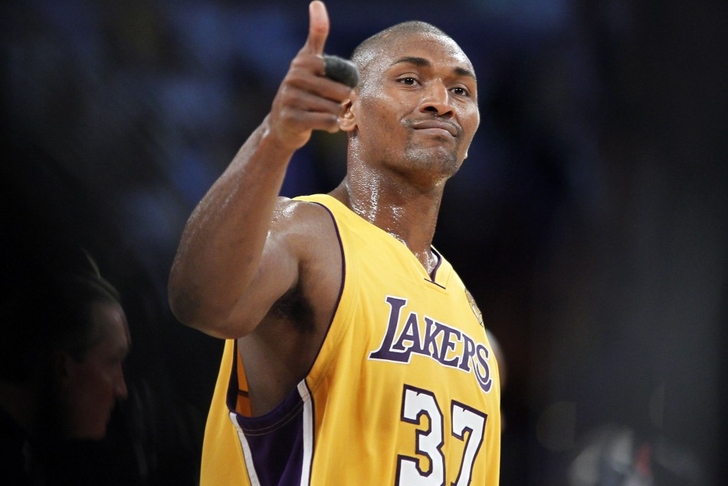 In some sort of crazy publicity-stunt "announcement" on his website, Metta World Peace said he will team up with (former?) NFL wide receiver Terrell Owens in a reality TV show. Watch:

That is the entire extent of what is known of this "endeavor" as of now (also, can we please talk about how the video appears to be self-shot on an iPhone). Metta said nothing about when, or what network, or even what on planet earth the show will be about, although given that this is Metta World Peace and Terrell Owen's we're talking about, we probably won't even know what it's about even while we are watching it. Also, there is an excellent chance this is all some giant joke.