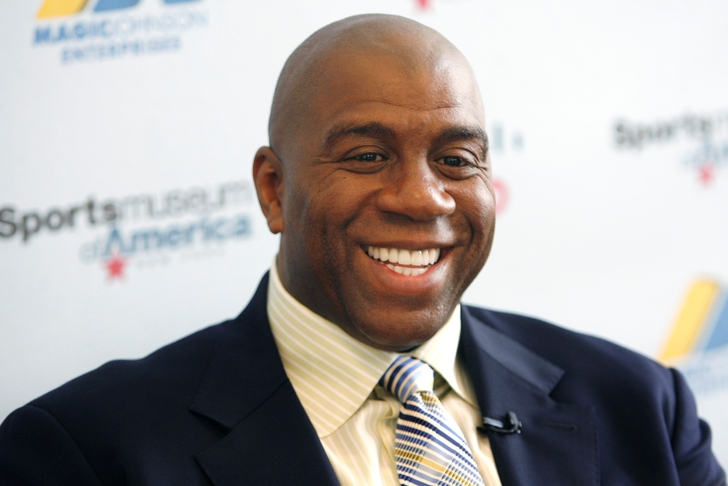 In Lakers news today, it seems as though a Los Angeles Lakers' icon was not too impressed with their defensive effort on Monday in a 102-100 overtime loss to the Chicago Bulls.

Lakers' Hall of Famer Magic Johnson took to Twitter during the closing seconds of the Lakers/Bulls contest, posting that "only the @Lakers let a man cut down the middle (and) score a layup with 0.9 seconds left in the game."

While it doesn't necessarily qualify as Lakers news that the outspoken former superstar would criticize his former team, his words point to bigger issues with the Lakers' defense as a whole. The Lakers simply have had a rough time on defense for the majority of the 2013-14 NBA season.

Get Lakers news and rumors when and where you want it. Follow our Lakers' team page.