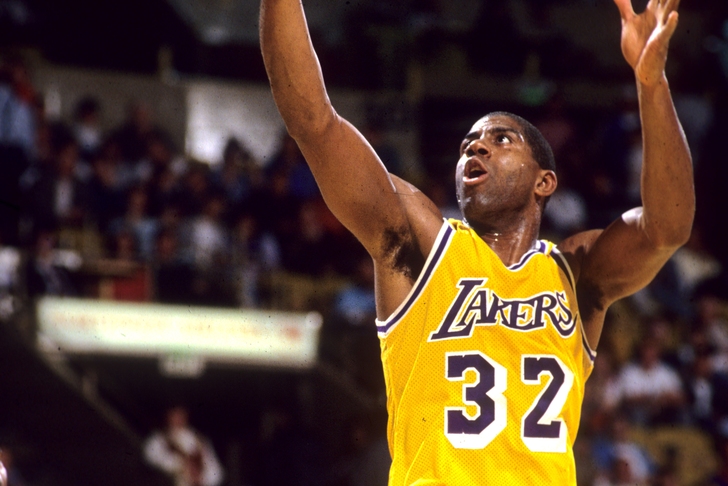 Here's a bit of Lakers news from the legends' side of things. Legendary Los Angeles Lakers' Hall of Famer Magic Johnson seems to be using Twitter to play the role of armchair coach for the young Laker squad.

After taking to Twitter on Tuesday to bash the Lakers' defensive effort in the closing seconds of a 102-100 overtime loss to the Chicago Bulls, the all-time NBA leader in assists per game took a more positive approach in the Lakers' 109-102 loss to the Dwyane Wade-less Miami Heat on Thursday--

"Laker Nation: I'm proud of the Lakers for playing hard and playing together tonight! They just didn't have enough to beat the Heat!"

It is no surprise that the Los Angeles Lakers' legend would speak out on the Lakers' performance, as he has done it countless times throughout the years as both an analyst and a fan. However, it is interesting to see Magic go from blatant cynicism about the state of the Lakers to encouragement over the span of 48 hours.

Chat Sports is your home for Lakers news and rumors. Be sure to follow our Lakers' team page.