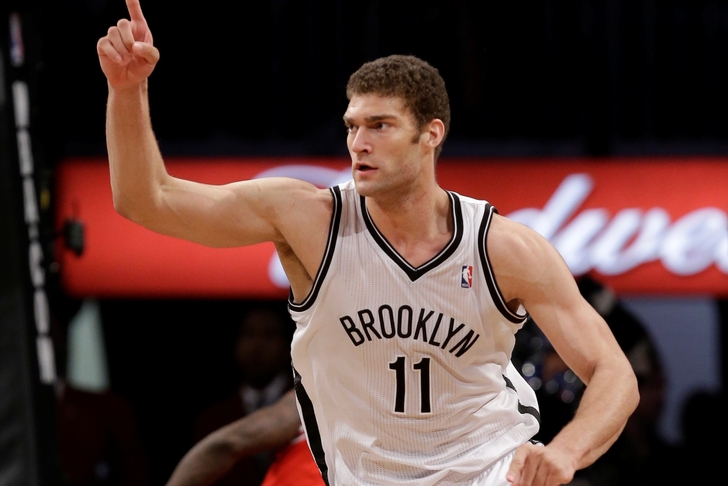 If the Brooklyn Nets' Brook Lopez trade talks with the Oklahoma City Thunder fall through, the Los Angeles Lakers could be a 'Plan B' for the Nets in their efforts to trade the big man.

Per Adrian Wojnarowski of Yahoo! Sports, the Lakers are interested, but may lack the trade chips necessary to get such a deal done:

Brooklyn's most serious talks for Brook Lopez are in the West, sources tell Yahoo. Lakers interested, but likely short assets for deal.

Los Angeles has a bevy of expiring contracts (Jeremy Lin, Steve Nash, Jordan Hill have the biggest expiring deals) that they could dangle in such a deal, but the Lakers would like need an NBA-ready talent and/or a high pick in order to procure a talented center like Lopez away from Brooklyn.

Lopez has one more year on his deal at $16.7 million, so even if the Lakers could put together the assets, it'd be a calculated risk with the 26-year-old's history of foot injuries. Regardless, he's averaging 14.6 points and 6.3 rebounds, with over 50% shooting from the floor in 29 games for the Nets so far in 2014-15.