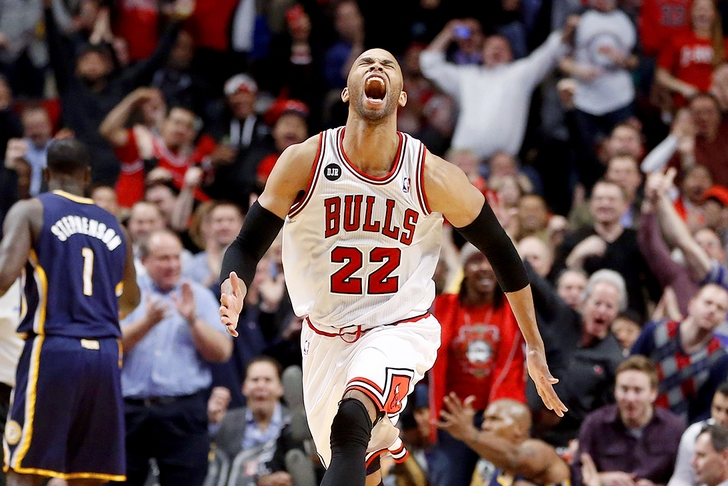 The Los Angeles Lakers are destined for the lottery after the 2014-15 NBA season, but that doesn't mean that they're not looking to the trade market to add pieces that could help them for the remainder of the campaign and beyond.

One name in particular that has been connected to the Lakers is Chicago Bulls power forward Taj Gibson, per Sean Deveney of the Sporting News:

Gibson has been connected to much of the league the past few months, from Los Angeles to Toronto to Phoenix to Detroit to Portland.

In recent weeks, he has not played with the energy for which he has been known, and there has been speculation that he is frustrated with the addition of Nikola Mirotic and Pau Gasol (though his playing time has not changed much).

Los Angeles reportedly inquired about Gibson last season, but the Bulls weren't interested in what the Lakers were willing to give up in return. With Gibson now likely expendable due to the additions of Pau Gasol and Nikola Mirotic, it's possible they could change their tune and facilitate a change in scenary over the next couple weeks - especially with reports earlier this week that they are dangling him on the trade market.