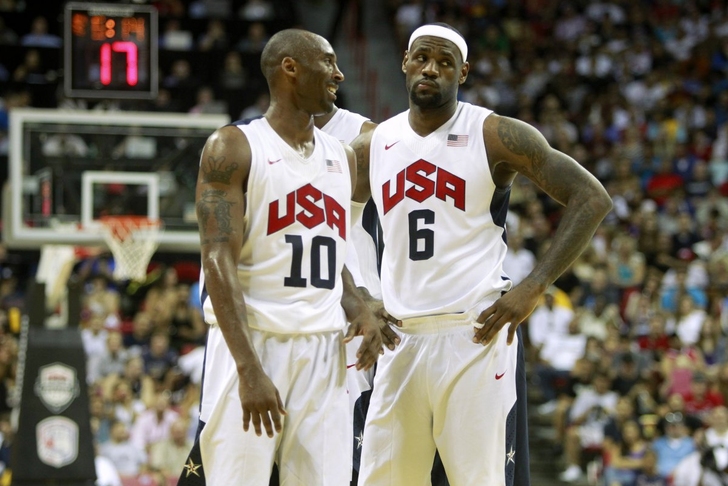 Despite plenty of rumors to the contrary, Cleveland Cavs star LeBron James says he wasn't recruited to the Los Angeles Lakers by Kobe Bryant this past offseason as LeBron mulled over his next step.

Per ESPN's Dave McMenamin, LeBron shot down that line of speculation prior to Thursday night's Lakers/Cavs clash:

LeBron James when asked if Kobe Bryant recruited him during free agency this summer: "No"

During the free agency process, general manager Mitch Kupchak was only granted an audience with LeBron’s agent, as the Lakers were never able to formally talk to the four-time MVP and two-time NBA champion himself.

With both Carmelo Anthony and James having drawn out their free agency processes and with the likelihood of signing either dwindling, the Lakers went an alternate route by trading for Jeremy Lin and signing Ed Davis.

The Lakers will have nearly $30 million in cap space to try their hands at landing a big name again this coming July, with Rajon Rondo, LaMarcus Aldridge, and Marc Gasol headlining this coming free-agent crop.