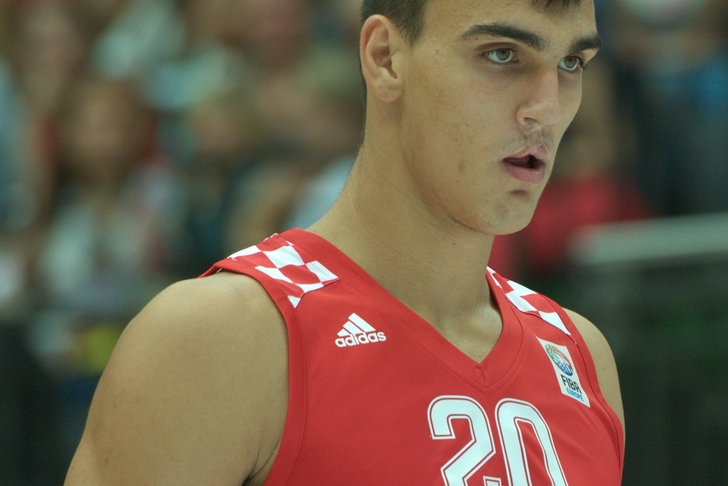 In this bit of Lakers news, it seems as if ESPN analyst Chad Ford has found a fit for the Los Angeles Lakers in the ninth spot with his latest mock draft.

In Ford's second 2013-14 installment of his highly-regarded NBA mock draft column, the ESPN writer has the Lakers looking internationally to pick up Croatian forward Dario Saric.

The Lakers have not had a pick in the first round since 2009, when they took current Miami Heat guard Toney Douglas with the 29th overall pick.

Dario Saric is 6-foot-10 and 223 pounds, and in Chad Ford's eyes, is an "aggressive scorer" who is "a wizard with the basketball." Ford goes on to write that he "seems to be a great fit on this young Lakers squad" and "if he were in college right now, he'd be at least four of five spots higher on our Big Board, so there's value there."

The last international player drafted in the first round by the Los Angeles Lakers was Slovenian Sasha Vujačić in 2004.