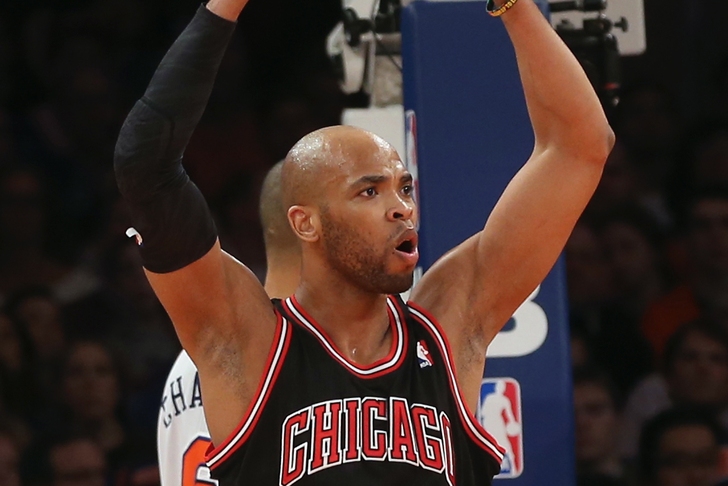 Here's a very interesting piece of Lakers news that has just come through--sources are indicating that the Los Angeles Lakers, along with the Charlotte Bobcats and Washington Wizards, have contacted the Chicago Bulls about a possible trade for power forward Taj Gibson.

According to the Chicago Sun Times, "the Lakers, Wizards and Bobcats have each inquired about Gibson, but they were preliminary talks in which the Bulls did not like the return."

Taj Gibson would project to be a very solid fit with a Los Angeles Lakers' team desperate to increase their talent and depth in the frontcourt. Aside from the ubiquitous rumors about Carmelo Anthony and Kevin Love, this is the first legitimate play the Lakers have made this season at increasing their versatility at the forward position.

According to the same source at the Times, this move would be just as telling for the Chicago Bulls' plans as it would be for the Los Angeles Lakers--

"Taj Gibson’s name is the one that is picking up, and could determine how serious the Bulls are in clearing space for a max contract to land the likes of a Carmelo Anthony or LeBron James."

In 45 games with the Chicago Bulls this season, Taj Gibson is averaging 12.2 points and 6.4 rebounds in 28.6 minutes per game.

Get your Lakers news and rumors here first at Chat Sports. Follow our Lakers team page.