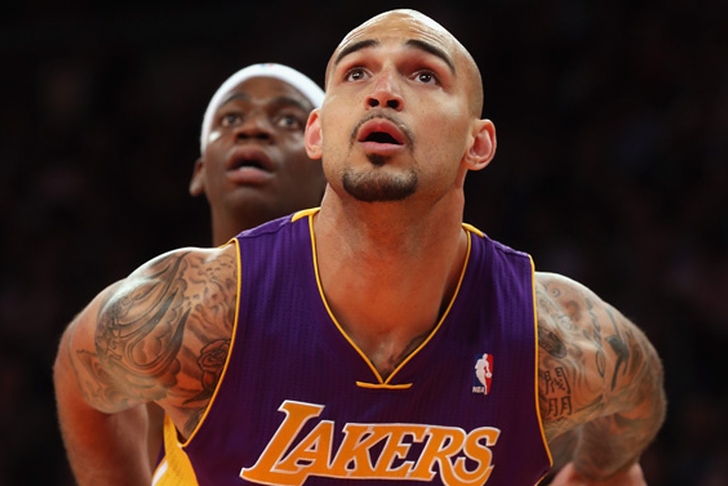 In the wake of yesterday's three-team trade that sent J.R. Smith to the Cavaliers and Dion Waiters to the Oklahoma City Thunder, Lakers insider Ramona Shelburne divulged some interesting information that got lost in the post-trade chatter - the Lakers actually tried to move for Waiters, but weren't able to offer enough. Apparently, the Lakers tried to entice Cleveland with a deal involving C Robert Sacre, but felt SG/SF Iman Shumpert (who arrived from the Knicks in the deal) was a more valuable piece than Sacre.

Rumors have been circulating for a few weeks now that the Cavs are interested in Sacre, but they apparently didn't value him highly enough to send Waiters in the other direction. Cleveland badly needs frontcourt depth with Anderson Varejao out for the year, and a move for Sacre is still a very real possibility even after yesterday's trade.

The Cavaliers are currently 5th in the Eastern Conference, and their lead over the sixth-place Milwaukee Bucks slipped to just one game with yesterday's loss to the Philadelphia 76ers. They know they need to make a few moves to get back in contention, so we expect them to continue their activity on the trade market until the deadline. The Lakers, meanwhile, are 14th out of 15 Western Conference teams, and while they aren't ready to blow everything up, they're definitely willing to consider deals that would hurt this year, but open up improved possibilities for 2015-16.