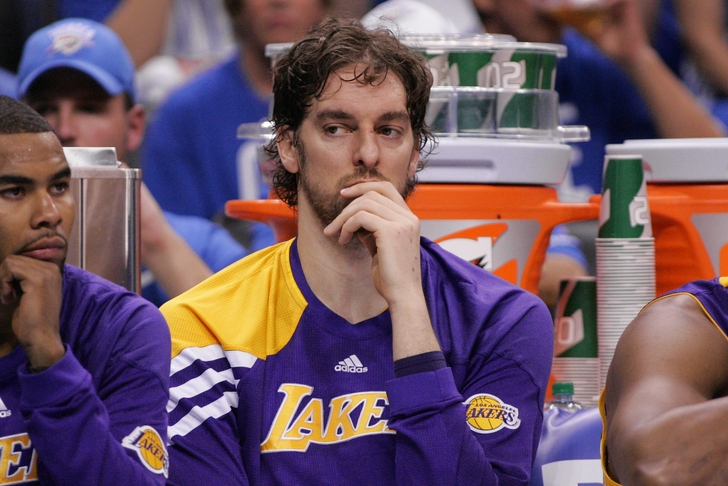 In Lakers news today, it seems like the Los Angeles Lakers' struggles over the past month or so are starting to eat away at Lakers' 4-time NBA All Star Pau Gasol.

After a 104-92 loss to the Pacers at home on Tuesday, the Los Angeles Lakers' fifth straight loss and 17th in their past 20 games, Gasol sounded off once again about the Lakers' woes, stating that he is "frustrated right now, almost every game, especially when we don’t win, when we get in these losing streaks."

Gasol went on to compare the quality of teams which the Los Angeles Lakers have been losing to as late--"Indiana, best record in the league, you might, it’s not that you expect to lose but you can lose this game. Orlando, I’m really upset that we lost that game." Gasol added, "I just believe we have to have a little more confidence and determination on games that we can and should win.”

These statements come just four days after what Pau Gasol threw what future Lakers' Hall of Famer Kobe Bryant referred to as "a tantrum" after a loss in Orlando during the Lakers' Grammy Awards trip.

On Tuesday, Gasol sustained an aggravation to a groin injury that has been bothering him as of late. His status for Friday's home game against the Charlotte Bobcats is up in the air.