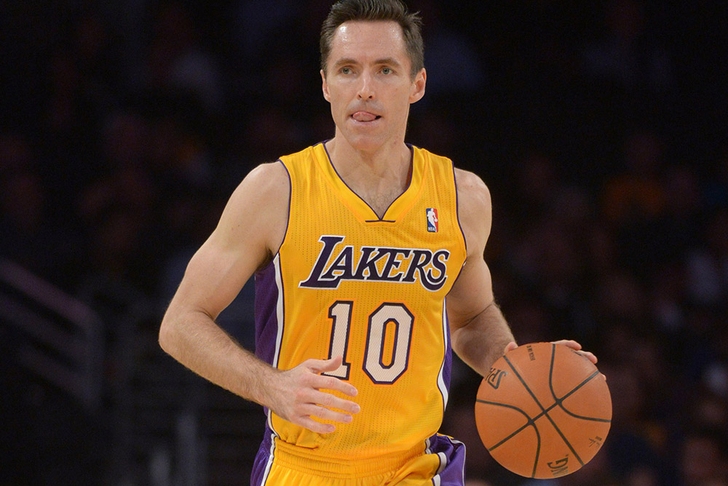 Steve Nash has been ruled out for the season with back issues that have nagged him for years, and he hasn't had much contact with his coach or Lakers management since that diagnosis.

Nash found himself in a few headlines earlier this year when he reportedly wouldn't return coach Byron Scott's calls, and while they've managed to connect since, he still isn't spending much time with the team - or in Los Angeles, for that matter.

Eric Pincus of the Los Angeles Times reports that the Lakers would prefer to have Nash - scheduled to make $9.7 million this season - around the team as a mentor to their younger players, but he's rarely been seen at the team facility since being ruled out for the season.

On Tuesday, Jeanie Buss was asked what Nash had been up to, but her reply raised a few eyebrows - she told ESPNLA710 she didn't know where he was.