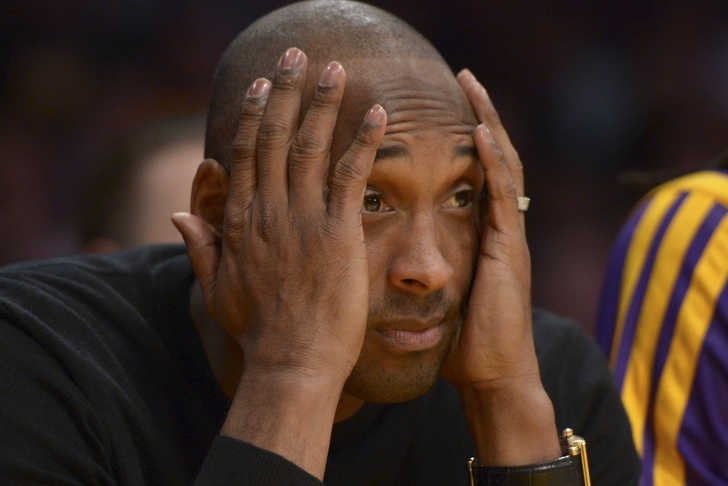 Lakers news hasn't been so kind to Los Angeles Lakers fans over the course of the past month, and it seems that future Hall of Famer Kobe Bryant is feeling some of the effects himself.

With yesterday's news that the Lakers' 16-time NBA All Star will be out at least another month after "pain and swelling" was observed by doctors in his injured left knee, Kobe Bryant told the Los Angeles Times that he is "down about it."

When asked about his current rehabilitation regimen of rest and stationary bike work, Bryant quipped, "I'm ready to throw the bike in the damn pool right about now." Bryant went on to backpedal bit in regard to his frustration, stating that he's "just trying to be patient, trying to be calm, just trying to take it a day at a time."

The Los Angeles Lakers' injury troubles have been well-documented this season, limiting both Kobe Bryant and superstar point guard Steve Nash to appearing in just six games each this season. Bryant is averaging 13.8 points and 6.3 assists per game in those contests.

You want Lakers news? You got it. Follow our Lakers team page today.