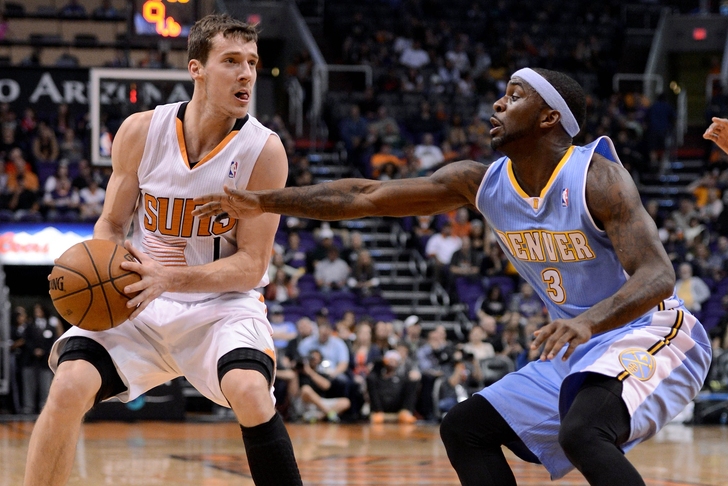 The Los Angeles Lakers are likely to embark on a major spending spree come the start of the 2015 NBA free agency period next July.

One of the names the Lakers could very well target on the open market is point guard Goran Dragic of the Phoenix Suns.

According to Sean Deveney of The Sporting News, "the Lakers also figure to be a potential landing spot for Dragic, a source said — though, to be clear, the Lakers have only about $36 million committed next season with needs at just about every position, and thus are expected to pursue multiple big-name free agents."

The Suns have a major logjam at point guard, with Eric Bledsoe, Isaiah Thomas, and Goran Dragic all attempting to share duties.

Dragic has admitted that the three point guard mix has been a bit of a struggle at times, and with Dragic heading into free agency in 2015, it's looking increasingly likely that he'll survey other options with Bledsoe and Thomas signed long term.

If that's the case, the Lakers will have the money and the need to make Dragic a very rich man come next summer.