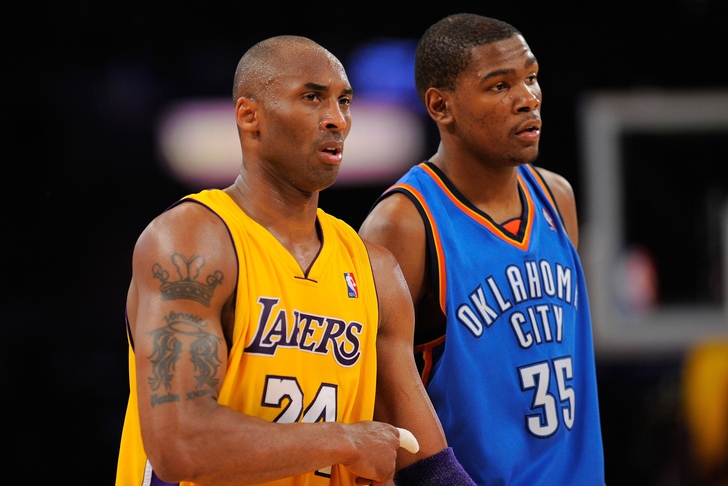 Kobe Bryant and Kevin Durant have built a bond both as competitors and as teammates on the USA Basketball team, but that doesn't mean Bryant has been using that relationship to convince the Oklahoma City Thunder superstar to join the Los Angeles Lakers when he's a free agent in 2016.

Via Mark Medina of the LA Daily News, Bryant answered the question as to whether or not he's already begun the initial recruitment pitches to Durant:

Kobe: "No, I think we know each other pretty well. I don't think it's a discussion that you have in terms of a free agent coming here..."

Kobe..."It's more understanding how to play w/ each other."

After a lackluster start to the 2014-15 NBA season, many have been waiting for the Lakers to pull off a blockbuster via trade. However, with Rajon Rondo now a Dallas Maverick and reportedly close to $30 million in cap space to play with next summer, the Lakers may do some of the work next July before making a huge push for Durant a year later.