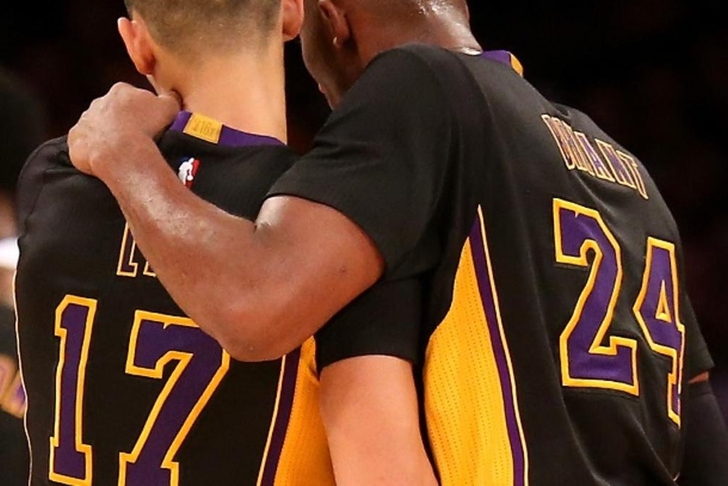 Los Angeles Lakers point guard Jeremy Lin is known for being extremely hard on himself win or lose, and star teammate Kobe Bryant thinks it's time for Lin to mellow out a bit.

Kobe on Lin: "He just needs to relax. Sometimes smart people take themselves too seriously."

Kobe says he's shared that advice with Lin before, but doesn't plan to address it again:

Has Kobe told Lin that? "Yeah but I'm not telling him anymore. You have to live it and do it."

Lin recently posted on his personal website that he's had a disappointing season so far by his own standards. While many objective observers would likely agree, his confidence has seemingly been affected by his own view of his play at times - something that has taken away from the aggressiveness that is a hallmark of his game when things are going well.