Lakers News: Kobe Bryant praises Nick Young for 'combativeness that has been missing' 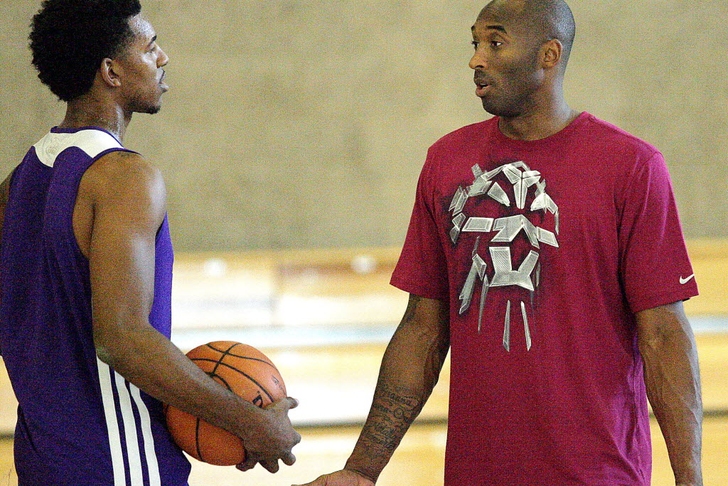 While the Lakers news cycle focuses on when Kobe Bryant will be back and whether or not Bryant will play in the 2016 Olympics, a solid bond seems to be forming between Bryant and young Lakers' shooting guard Nick "Swaggy P" Young.

Known more for his shoot-first mentality and off-court antics than anything else, Nick Young has experienced some growing pains in the spotlight left by Kobe Bryant's absence. However, after receiving a one-game suspension for throwing a punch at Phoenix's Goran Dragic on Thursday, it seems as if Kobe Bryant is firmly in Nick Young's corner.

In regards to the altercation, Bleacher Report's Kevin Ding reports that Bryant praised a "combativeness that has been missing" in Nick Young, rather than what Kobe referred to as "cruising along, skating along" prior to that.

After the Lakers' tough 102-100 overtime loss to the Chicago Bulls on Monday, Young responded to a question about his own attempts to play like Bryant by stating "I can't play like Kobe. There's only one Kobe. However, he has been a great mentor to me."

For all the latest Lakers news and notes, make sure to check out our Lakers' team page.