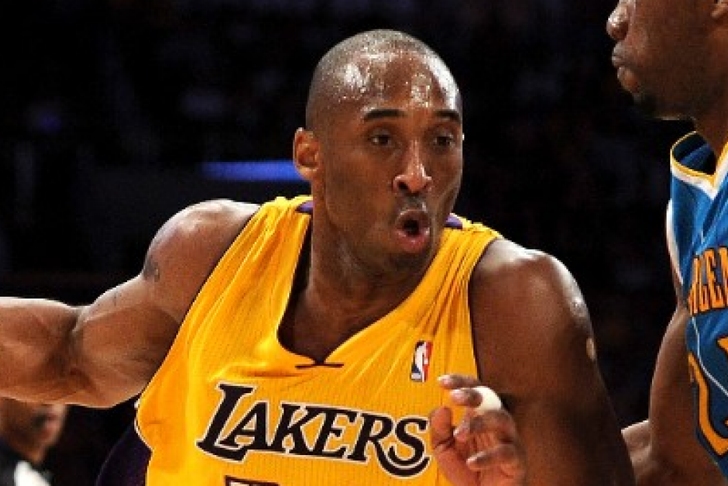 Kobe Bryant missed his third-straight game on Friday with the Los Angeles Lakers visiting the Dallas Mavericks, but it's possible that he may return for Sunday's home game against the Phoenix Suns.

"If he had felt good he would have gone last night and tonight as well,'' head coach Byron Scott said prior to Friday's game, via an Associated Press report. ''Just didn't feel good last night and back-to-back 24 hours, not going to feel a whole lot better. I think he feels pretty good about going for Sunday's game.''

The 36-year-old Bryant said that his knees, feet, back, and Achilles tendons are all sore. He has been sidelined since the Lakers' upset victory over the Golden State Warriors on Tuesday.

When Bryant gets back, Scott is looking at reining in his minute total even further.

''We both thought that 30-40 minute mark was pretty good,'' Scott said. ''Obviously we're going to have to adjust that a little bit. But this is new for both of us.''