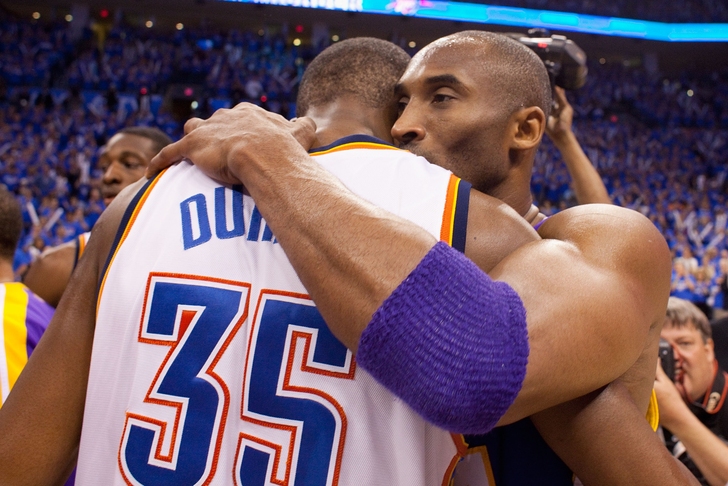 It would not be a Lakers news day without some choice quotations from future Los Angeles Lakers' Hall of Famer Kobe Bryant.

"Kobe's MVP ballot = LeBron, KD and Paul George in no particular order: "I’m a big fan of all three of those guys. It’s tough to pick one.""

Aside from the logical picks of LeBron James and Kevin Durant, Kobe's inclusion of Indiana Pacers' star small forward/shooting guard Paul George runs directly in line with his earlier statements that the NBA fans should be paying attention to the new generation of superstars ready to take over the league when players like Bryant and Lakers' guard Steve Nash retire in the next handful of years.

Notable in his omission is Warriors' guard Stephen Curry, but with a list consisting of three of the NBA's elite players, it would be hard to argue with Kobe Bryant on his selection process.

Your home for Lakers news and rumors is here at Chat Sports. Follow our Lakers' team page.