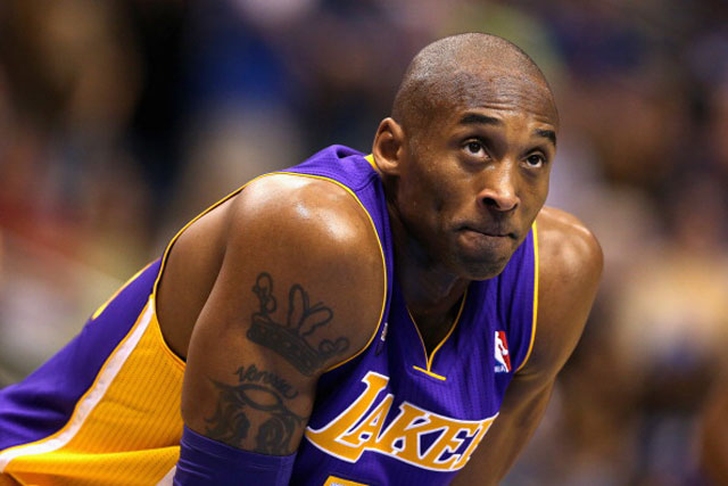 Los Angeles Lakers star Kobe Bryant is still struggling to manage the wear and tear on his body this season, and the team has refused to rule him in our out for their Tuesday evening game against the Miami Heat.

Bryant sat out the Lakers' 106-94 loss to the Portland Trail Blazers on Sunday, then played a limited role in practice Monday. The 36-year-old Bryant is averaging 34.8 minutes per game this season, and he's played in 32 of his team's 38 games so far this year. Bryant is shooting a career-low .375 from the field, something his coaches attribute to his high minutes load and the lack of scorers the Lakers have around him. Head Coach Byron Scott has expressed regret at playing Bryant so much early in the year, and it sounds like that miscalculation has played a role in how fatigued Bryant has looked in recent games.

At 12-26, the playoffs are an unrealistic goal for the Lakers this season...but the team has reportedly had no talks about shutting Bryant down for the season. While there are rumors that the Lakers might consider putting a wrap on Bryant's season after the All-Star break, there are no plans to do so at this time.