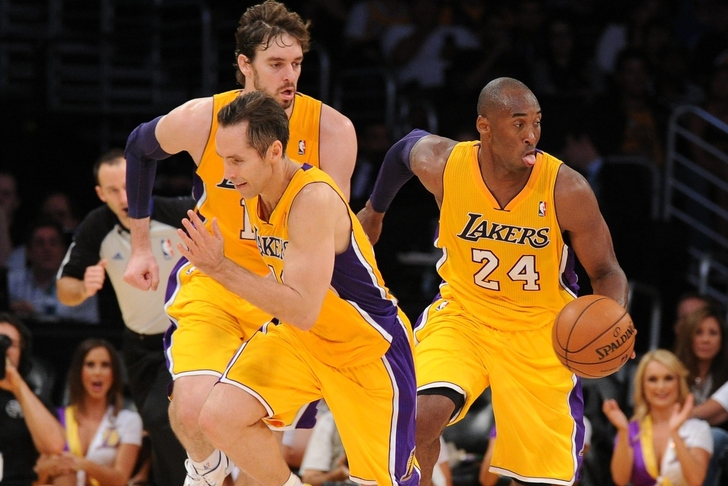 Kobe Bryant and Steve Nash put together a nice initial statement in the Los Angeles Lakers' preseason opener on Monday night. Both had limited roles against the Denver Nuggets, but impressed nonetheless in the Lakers' 98-95 win.

Per Lakers Nation's Serena Winters, Kobe found it to be an absolute pleasure to share the floor with Nash:

Kobe Bryant on playing with Steve Nash again: "effortless to play with him, pretty easy."

Seeing them both work as such a cohesive unit on the floor will bring a smile to Lakers fans' faces. If the future Hall-of-Fames can build on that comfort level heading into the 2014-15 NBA season, the Lakers will have the perfect weapons to silence their doubters going forward.