Lakers News: Kobe Bryant Not Considering Shutting It Down For The Season 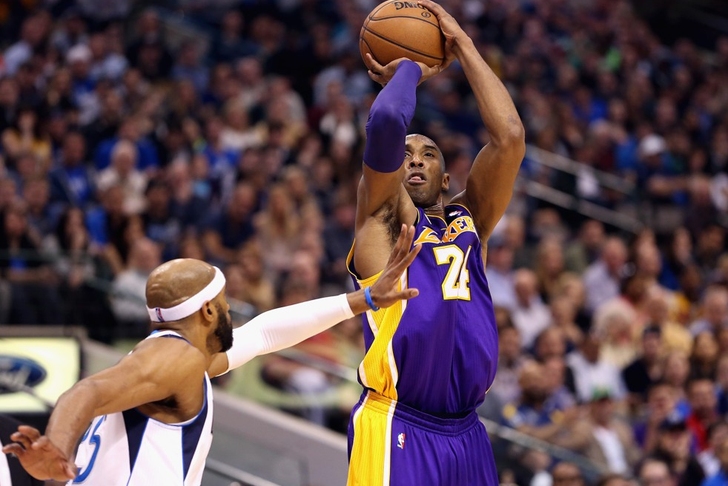 It's safe to say that this season hasn't gone the way the Lakers hoped it would, but unlike Carmelo Anthony in New York, there are no plans for Kobe Bryant to shut it down and sit out the rest of the season.

Bryant has dealt with a variety of nagging ailments this year, but nothing serious enough to warrant taking time off. When Bryant has missed games, it's been because Byron Scott and the front office want to keep him fresh and limit the wear and tear on his body - not because there's some behind-the-scenes injury keeping him down.

Per ESPN's Ramona Shelburne, the Lakers haven't even entertained the idea of shutting Bryant down for the season, and they're much more concerned with getting him back in form than anything else.

The Lakers are currently 14th in the Western Conference with a 12-25 record, and based on current records, it would take a minimum of 50 wins for a team to lock up a playoff spot. Based on that math, the Lakers would need to go 33-12 the rest of the way to make the playoffs this year...and even the most optimistic fans aren't holding their breath for that to happen. With little wiggle room under the cap and few assets left to trade, the Lakers are most likely to grind out this season while positioning themselves to make serious moves next summer.