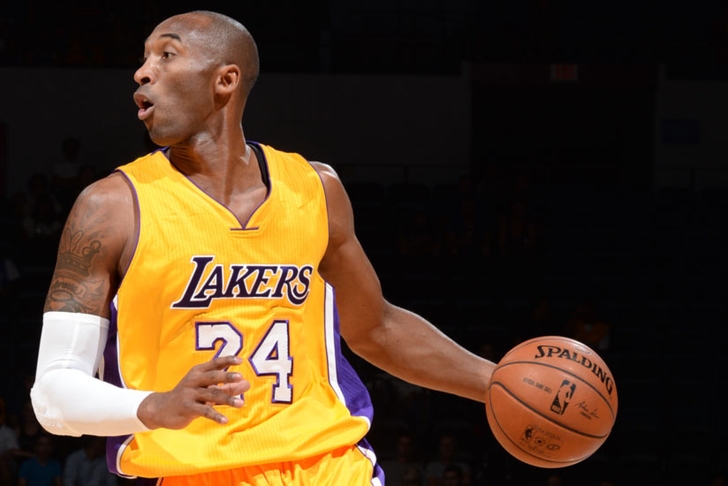 The Los Angeles Lakers know that Kobe Bryant won't be back this season, but the team still has full confidence that he'll be back next season. Those hopes received another boost Monday, with Mike Bresnahan of the LA Times confirming that those around Kobe have said he's 'definitively' coming back in 2015-16.

Bresnahan also revealed that Bryant plans to be an active part of LA's drive to recruit big-name free agents this summer, and will take part in pitches to those free agents when July rolls around.

Bryant will turn 37 this summer, and currently sits in 10th place on the NBA's leaderboard for all-time minutes played (he's second among active players, trailing just Kevin Garnett). After returning from an Achilles injury this past Summer, Bryant played heavy minutes in November and December before everything caught up to him at once in late December. Before his season-ending rotator cuff injury, Bryant had played in just eight of the Lakers' past 16 games.

The Lakers are 12-33 so far this season, with Bryant leading the team in points (22.3), assists (5.6), turnovers (3.7) and field goals attempted (20.4) per game. His absence will provide an opportunity for players like Nick Young, Wes Johnson and Wayne Ellington to see extended minutes.