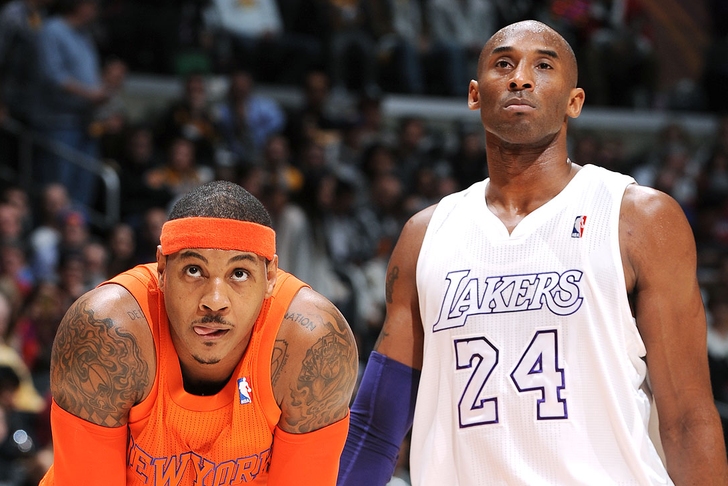 The Los Angeles Lakers made a late bid in the Carmelo Anthony free-agent sweepstakes this past summer, but it was ultimately the extra year of security (and near $30 million in pay) that allowed for the New York Knicks to re-sign him long-term.

Anthony and Lakers star Kobe Bryant even hashed things out together prior to Melo's decision, but it appears they decided that functioning as teammates wouldn't have been the best course of action.

“They came in at the 25th hour, they swooped in there,” said Anthony, via Marc Berman of the New York Post. “It was a great visit. The conversations I had with Kobe was just man to man. We both had to come to reality and say is this what we really want? And it didn’t happen. … We’ve been talking for a long time, man, especially this summer just me and him communicating and talking and being honest with one another as friends and brothers should be. It was a lot going on there on his behalf and my behalf trying to figure everything out.”

The Los Angeles Lakers will try again in the marquee pool of free agents this coming July, armed with a boatload of cap space heading into what will likely be Kobe's last year.