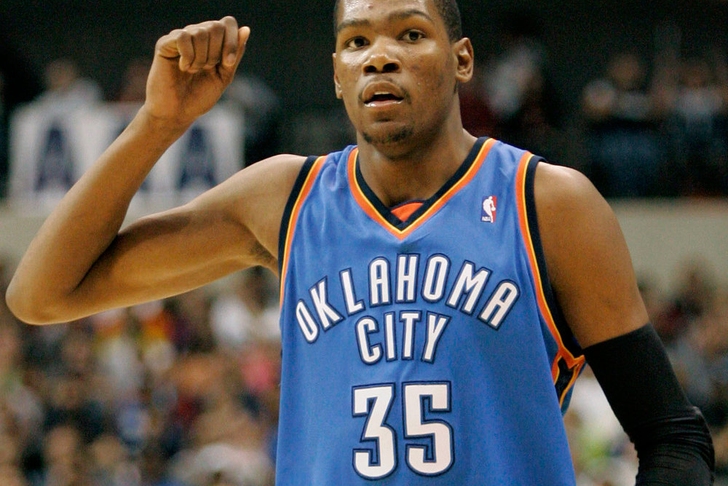 In Lakers news today, one of the newest superstars to ascend to the top of the NBA mountain in the past couple of years has some love for Lakers star and legend-in-his-time Kobe Bryant.

So says ESPN's Marc Stein, who asked Oklahoma City Thunder superstar Kevin Durant about who his favorite players are in the NBA right now: "Dirk, you see, is Durant's favorite active player," Stein states in his article.

"It's probably a tie between him and Kobe," Durant added, showing some love to the Los Angeles Lakers superstar whose poster Kevin Durant may have had on his wall growing up -- Durant was in grammar school when Kobe Bryant first debuted in the NBA.

However, in the end it's Dirk Nowitzki whose game and demeanor Kevin Durant is attempting to both emulate and evolve from.

"I don't know him so well," Durant said of Nowitzki, "but I've always liked the way he goes about his business."

Cue Los Angeles Lakers fans hoping that Kevin Durant "goes about his business" in a Lakers uniform somewhere down the road.