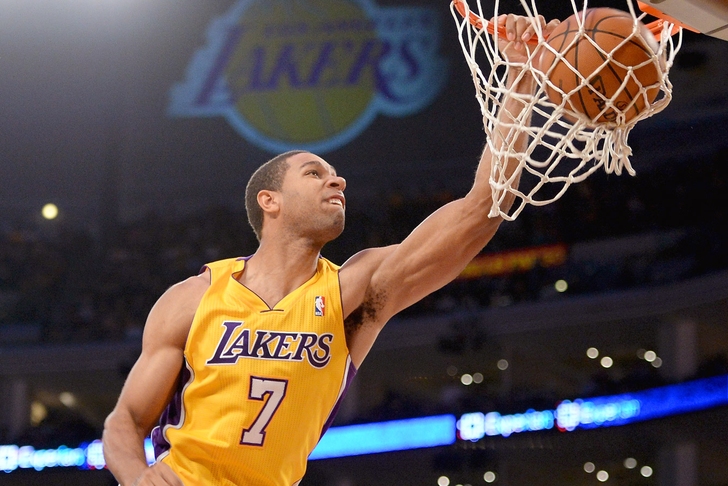 The Los Angeles Lakers announced on Saturday that Xavier Henry and rookie Jordan Clarkson had both been assigned to the Los Angeles D-Fenders of the NBA D-League.

According to Mark Medina of the LA Daily News, the move is likely to be a short-term one. Medina notes that both players will likely being called back to the NBA roster in time for Sunday's game with the Golden State Warriors.

Here is the official press release on the move, courtesy of Lakers Nation's Ryan Ward:

Clarkson, a second round pick in the 2014 NBA Draft, has appeared in eight games for the Lakers this season, averaging 4.3 points and 1.4 rebounds in 11.4 minutes. Clarkson played two seasons at the University of Tulsa, before transferring to Missouri where he appeared in 35 games and averaged 17.5 points, 3.8 rebounds, 3.4 assists and 1.1 steals in 33.9 minutes.

Henry has appeared in seven games this season for the Lakers, scoring 1.3 points per contest. A product of Kansas University, Henry appeared in 43 games for the Lakers in 2013-14, averaging 10.1 points, 2.7 rebounds and 1.2 assists in 21.1 minutes per game.