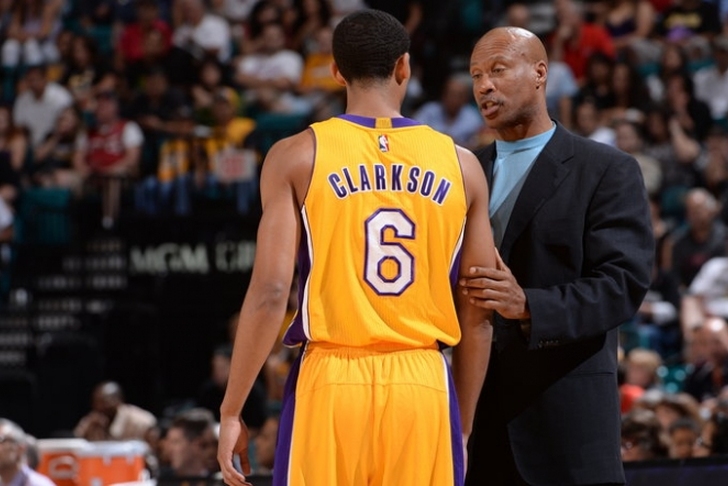 Los Angeles Lakers rookie PG Jordan Clarkson has seen his role increase in a big way over the past week - until the Lakers played San Antonio on January 23, Clarkson hadn't played more than 22 minutes in a regular-season game. Since that night, he hasn't played fewer than 28, and is averaging 34.2 minutes per game over his last five - all starts.

Clarkson's bigger role has been a result of slipping performances from Jeremy Lin and injuries elsewhere, and for the most part, Clarkson has been solid. While his shooting could certainly improve, he's still scoring - he's averaging 14.8 ppg since entering the starting lineup.

What hasn't been ideal has been Clarkson's role as a facilitator in the offense. Clarkson still hasn't registered more than four assists in a game, and had just one in 34 minutes against the Knicks on Sunday. He's aware of that deficiency, though, and said as much to the Los Angeles Daily News:

"I have to move the ball," Clarkson said. "I was letting it stay in my hands a little bit too long. I’m going to get better every game."

With an average of just 2.8 assists since entering the starting lineup, Clarkson is definitely on to something. If he can improve his passing while still helping the Lakers score (something they need badly with Kobe Bryant out and Nick Young questionable), Clarkson can develop into a piece the Lakers will want to hold on to as they continue to rebuild.