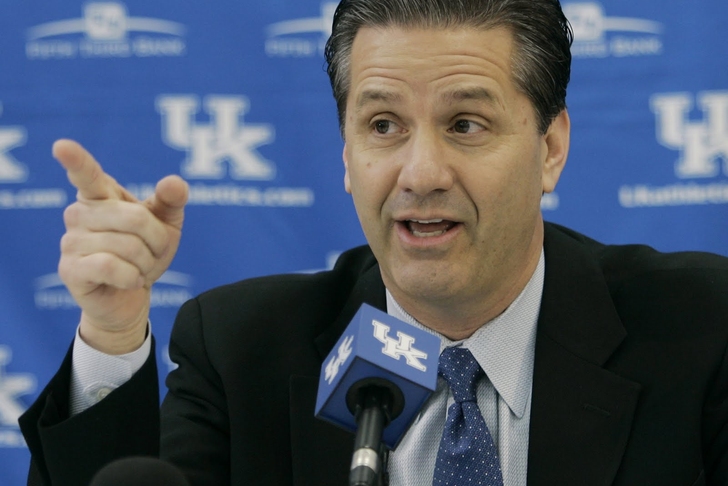 A strange day in Lakers news keeps getting stranger, as a tweet by NBA analyst Rex Chapman stating that Kentucky Wildcats head coach John Calipari will be the next coach of the Los Angeles Lakers is being refuted by both the Lakers and Calipari himself.

Per Sam Cooper of Yahoo Sports, Brian Hamilton of SI.com has just tweeted out Calipari's response to the rumors surrounding his possible "done deal" to coach the Lakers:

Calipari on Lakers: “The Lakers have a basketball coach. I’ve got the best job in the country. I'm not going to even dignify that stuff."

At this point, both parties do have to legally protect the interests of their employers -- so it would be hasty to read into either Lakers GM Mitch Kupchak or John Calipari's denial as the final say in this matter.