Lakers News: Jodie Meeks "loves playing for" D'Antoni, "everybody else does too" 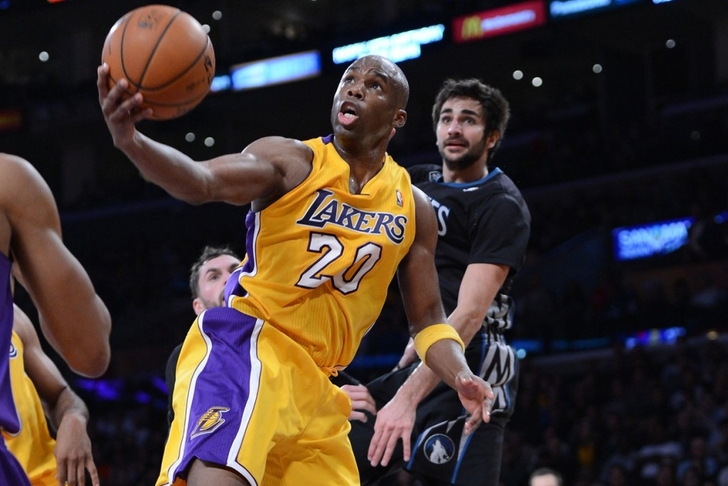 In Lakers news today, it does not look like it's all bad when it comes to Los Angeles Lakers' head coach Mike D'Antoni and his relationship with Laker players.

Per ESPNLosAngeles.com's Dave McMenamin (by way of LakersNation.com), Jodie Meeks came out in defense of his embattled head coach:

Jodie Meeks on Mike D'Antoni: "He’s very encouraging and I love playing for him. I know everybody else does too."

While Mike D'Antoni has seemingly been on the hot seat all season due to one of the worst seasons in franchise history, a host of injuries to key players such as Kobe Bryant and Steve Nash could be enough to keep D'Antoni behind the Lakers bench until at least the beginning of next season.

Jodie Meeks is coming to the end of his two-year contract with the LA Lakers, and has shown interest in returning -- with that possibility perhaps hinging on both what direction the Lakers want to go and whether or not Mike D'Antoni is back with the club for the 2014-15 NBA season.