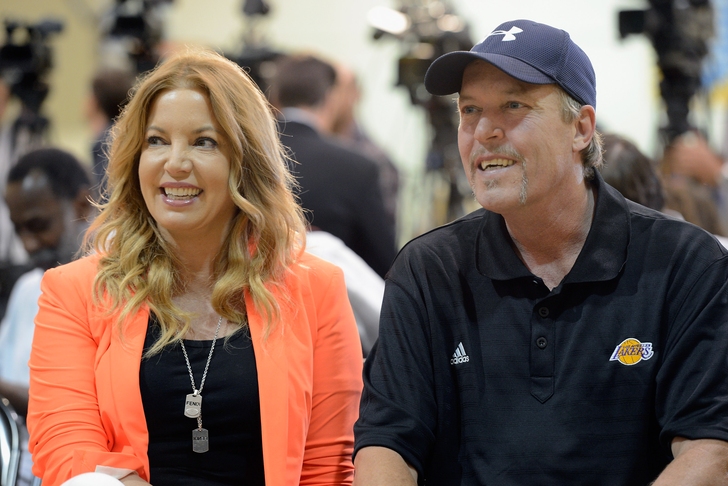 Los Angeles Lakers executive vice president of basketball operations Jim Buss made a very well-publicized promise back in April that he's step down from his position in three to four years if the team couldn't right the ship within that span of time.

With the Lakers struggling out of the gate for the most part during the 2014-15 season, ESPN's Ramona Shelburne is indicating that Buss has no qualms with living up to his word:

Jim put forth his own challenge, re-affirming that he'd step down if he couldn't fix it. Said he's confident & has no prob sticking to it

At 7-16 through 23 games, it appears likely that the Lakers will miss the playoffs for the second-straight season with the current logjam of quality teams in the Western Conference.

However with a projected $3o million or so in cap space to play with next July in free agency, it's entirely possible the franchise could turn things around on a dime heading into 2015-16.